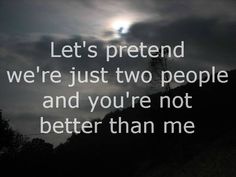 It’s an honor to write this epistle to the head of state of a country so far admired by many but despised by its own people.

With great pain, I greet you.

As far as life goes, am fine and content with the little I have. You have no idea how it is being a citizen of no status as you have never ever been in such a state before, considering your lavish and flamboyant lifestyle. I am writing in regards to the observed state of affairs of a country you run, with little to no wisdom.

It is clear that by far, corruption and personal accumulation of wealth is what drives you. By setting up people in favor of you in critical positions, you acquire strength enough to do whatever you wish for without any challenges. All this can be observed in the armed forces, in the finance ministry, in the revenue authority and in the judiciary, which are all key elements in any government. I can barely do nothing but speak my mind to the nation, hoping to pass a message to the masses, with a prayer in mind that they may have wisdom and understanding to see the reality.

I am deeply saddened by your support to imperialism to other nations which have nothing to do with our affairs. As far as security is concerned, it is their duty to protect our people and not ‘colonize’ others in the name of protecting our interests. It’s only a mad man who goes to fight in his neighbor’s house. Furthermore, your country is in turmoil as you cannot provide enough security for your own people, though we both know that you did it for the money provided by the same body which preaches peace. It would be a good idea to be honest to their families and those aspiring to join the armed forces and let them know that war is nothing but a continuation of politics with personal interests using wits.

Your nation is also facing famine, tribal rifts, uprising militias and much more that I cannot mention in length. All these require you to act upon directly and show a sign of concern, but the masses have very little faith in you and most find you to be a man of no stand. Despite the fact that those who put you in power want you to do everything in accordance to their plans, you should try and be a gentleman once in a while. It shows you are of great principles.

As a youth, we are also facing out challenges of unemployment. Despite my great academic record and an outstanding record in school, I am yet to find something to do. I have several business ideas but all require capital. All schemes initiated by the government you work with are tribal based and most of us are left out. Personally, I am tempted to join Al Shabaab, with the latest offer by Al Qaeda for my skills. If it was my wish, I would either select Al Qaeda, IS, Boko Haram or the Taliban, and come back to your country and cause great destruction both to civilians and the forces, but I still give you an opportunity to change, hoping it will not lead to that someday. I am not crazy, I am very disappointed by the way your security forces recruit people with passion in serving their country, which leads me to think of an alternative place for adventure.

Your leadership is also one that’s wanting. Apparently, your resume shows you are a learned man and a business man, but you are not a leader. Exceling in business is one thing, leading a country is another. So far, you have tried without any signs of disapproval. That, however, does not guarantee that people like you. I do not like you because you have no signs of even being my dad. I would’ve hated it if I knew you were my father. Anyway, you could try reading leadership books written by philosophers and also learn more from religious figures. You are completely green.

Your government is running like a public school, with notorious bullies all over in blue, thieves at the tower, liars in the main hall meeting every often, watchmen killing and raping other students and religious leaders scared to speak what the good Lord offered them to preach. Their numbers is sinking your country in debts and making ordinary citizens to pay for all your selfish lifestyles. Would it be wonderful if you tried for one year, to run your country with a few principles borrowed from the likes of Jose Mujica? Though am not sure if any of your staff will be willing to live under such circumstances.

I have so much in store but I bet your busy schedule will never allow you to recall everything that is said. I therefore wish you a nice day and hope that by next time, you’ll have changed a few issues at hand. That’s how children learn in school.

Thank you for giving me an ear today, tomorrow remains a day to talk more.

Yours Sincerely,
A young citizen 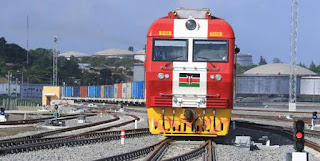 A few years ago, the government contracted the Chinese people for support to build a nation. They were awarded tenders to construct and develop the standard gauge railway as well as our poor road network, alongside other private investments such as malls and other covert investments inclusive of black market networks of drugs and arms supply the masses are not aware of.

A good road network is a great improvement in a third world country but a railway network is a spark that may either tear a whole nation or build it.

Popularly known as the SGR, this railway network was an inspirational dream of a poor man to ease travel and time consumed, but a wealthy man’s dream of feeding into the poor people. Would it have been for transportation of people from place to place, then each man would be content with his own. Sadly, that’s not the case.

Our friends from the East alongside our wealthy politicians and heads of state, in association with the most corrupt institution in the country, the Kenya Revenue Authority, are changing the country in a pace that may end up ruining it as seen in history. Let us face facts here:

The oil discovered in Kenya is still under the British who are managing it; the Chinese people have a contract awarded to them to construct and manage the roads and SGR for a certain period; the Kenya Ports Authority is transferring almost all of its operations to Nairobi and as a result, transport of goods by trucks will reduce greatly; the government is making it mandatory for all goods to be transported by trains to and from the Mombasa port; transport companies such as Autoport, owned by the Mombasa Governor is closing up due to low business as a result of the mandatory rule by the government; Mombasa as a county and the second largest city is going to lose its status as most of the businesses are directly reliant to the port, et cetera.

As a result, all clearances will be done in Nairobi as the country awaits an inland port in Naivasha, which is ironically managed not by the KPA or KRA, but by a private investor. This will not only make him extremely wealthy, but it will also give him more than enough in case he decides to leave politics and focus on his life.

But there is a problem.

Due to the good nature of the new railway transport system, a great danger lies ahead for the people of this country: corruption, nepotism, unemployment and war. The country cannot be able to sustain itself in a few years with such people feeding from the same system that is to support the whole grid.
As the companies are closing down, and retrenchment facing the Kenya Ports Authority, and corruption seen in the Kenya Revenue Authority, it’s only a matter of time before we see the same SGR dream vanishes from our eyes. Many people will end up jobless, including, drivers, clearing firms,etc. Highway towns will end up fading due to low business turnout and most importantly, criminal activities will rise again.

The SGR dream will vanish before our eyes in the sense that, the rich tycoons running transport companies will plan on something that will wipe it out. Will it be a good idea? Yes.

A poor man will study hard, do well in school but since he does not know anyone, he will get a simple job at the port, owned by a rich man. The poor man will earn little cash and try to save it, but at the same time, a corrupt police officer will ask for bribe in order not to arrest him while heading home on a Friday night. The poor man will get home to his wife and demanding family, and end up slaving for the rich man in order to sustain himself. At the end of the day, he’s happy with the little he gets, the rich man is happy with his profits.

Then the government cuts this rich man’s transport and clearing businesses due to a railway transport that is miles from his head office. The corrupt officers at the port are also being retrenched and others reshuffled. So he has to close down or otherwise reduce, which will mean he runs at a loss. He fires the poor man who has been living in a rental house with several kids and the wife. Life gets hard on him with time, so he has to survive. He gets into crime. Soon, he and other friends of the same state start harassing the same rich people, and in the end, war erupts between the rich and poor due to inequality by the same government that lied to them, that is corrupt and that does not provide alternative solutions. The war affects all government projects including the SGR which it relied upon to make quick cash to the bigwigs in it.

All in all, a rich man will be sensible to forge a plan and destroy the SGR as it makes his business empire collapse. A poor man will be happy to fake the accident and make it real. A politician will be so comfortable to blame the Al Shabaab for doing it. The bigwigs will be so annoyed and arrest an innocent man and make him pay with his life.

The idea of a government deciding for its citizens is always a primitive one. The great masses are solely responsible for their own affairs first before agreeing to what it does. However, a corrupt system of leaders bars that notion which ends up affecting the citizens and depriving them of everything, including their livelihood, making them slaves to taxes and the same government they voted in. They call it democracy: of the people, for the people, by the people, but behind the picture is kleptocracy: of the thieves, for the thieves, by the people. The masses will always be subjected to deceit and lies, that is the great principle of a democraticgovernment.

A Short Story about Life

"Life is a big play written by an unknown author. We are just the characters in the play. Whether we like each other or not, w... 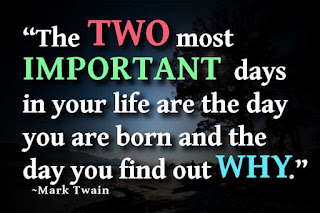